How to Maximize Your GPA For Automatic Admission to Texas Universities 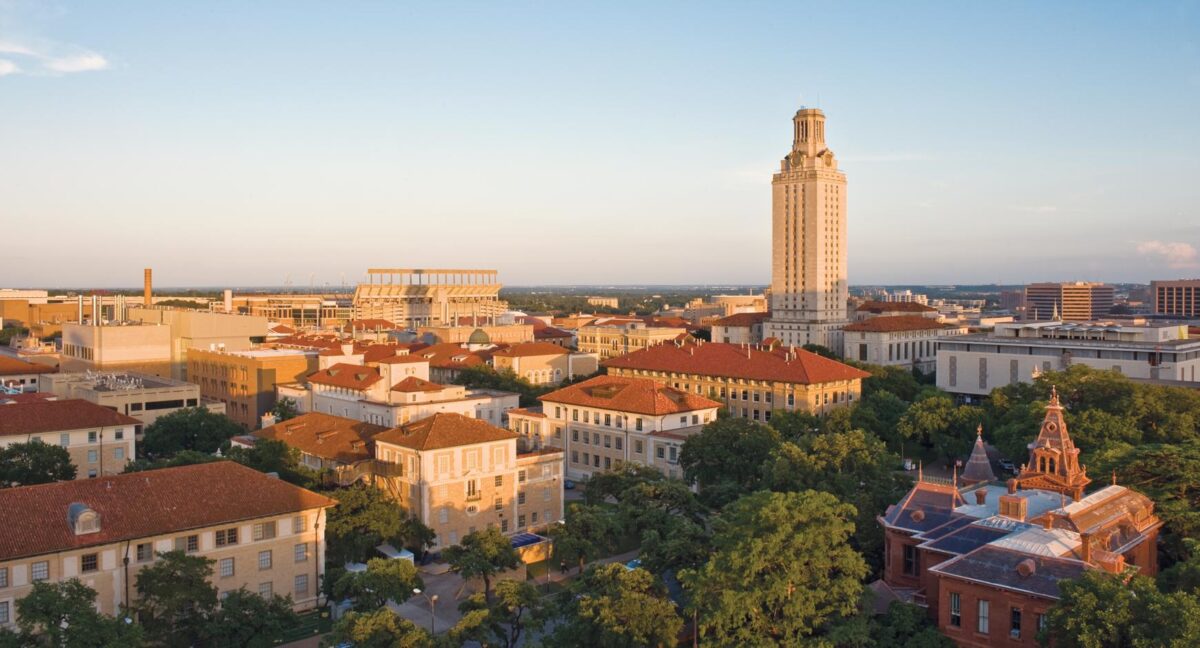 What is Automatic Admission at Texas Universities?

Texas high school students who excel relative to the rest of their graduating class have the opportunity for automatic acceptance into top public universities, such as the University of Texas, Texas A&M, and the University of Houston.

All public universities, such as the University of Houston and Texas A&M, are required by law to automatically admit the top 10% of graduating Texas seniors. The University of Texas at Austin is the only exception to this rule in that it’s able to be more selective; if you are a member of the class of 2023 you must be in the top 6% to be automatically admitted to UT.

In this article, we will go over how to maximize your GPA for a better chance at automatic acceptance, stories from students that have employed these strategies, as well as the limits to playing the GPA game.

Strategies for Engineering a High GPA in Texas High Schools

These are 3 of the top strategies for improving your GPA and increasing your chances for automatic admission into top Texas Universities.

1. Take the Most Advanced Courses

The first and most important strategy in engineering your GPA for automatic acceptance is to take as many maximum-level GPA courses as you can.

Most required courses for graduation, specifically core Math, English, History, and Science classes, are offered in both lower-level and upper-level options. Most schools will award additional GPA points for taking upper-level, Honors, pre-AP, and AP courses; an A in one of these advanced courses boosts your GPA more than an A in a lower-level course.

For example, let’s look at a school that offers three levels of a math course and grades on a 5-point scale:

Note that some schools count AP/IB and upper-level courses as the same GPA weight, meaning getting an A in either version will get you 5 GPA points (using our previous example).

Knowing that more advanced courses award more GPA points, taking as many of these offered higher-level classes as possible while earning As is the best and simplest way to catapult you into the upper echelons of your class and be granted automatic admission.

Did you know that required, on-level courses can actually bring your GPA down? Certain classes, such as physical education (PE), many of the Fine Arts, and Health, are credits outside of the core subjects which are required for graduation but usually only offered as lower-level. Because these on-level courses can bring your GPA down even when earning an A in them, you should consider taking them Pass/Fail over the summer.

For many schools, taking these electives over the Summer gives you the option of taking the class CR/NC instead of receiving a letter grade (CR stands for Credit, NC for No Credit). When choosing this option, your final grade at the end of a completed summer course will not count towards your overall GPA, and you will instead simply receive the credit if you pass. This means that students can take required, on-level classes without them negatively impacting their journey to top of the class.

It should be stressed that this strategy specifically applies to certain required electives and may not be offered by your district/school. Check with your school’s administration to get more information about their summer school offerings and options.

Just as you can take certain required electives during the summer, even required classes in Math, Science, and English are often offered over the summer. Taking them over your summer break gives 3 big advantages:

Unlike electives, common core classes—such as English and Math—cannot be taken Pass/Fail. You will instead be given a letter grade upon completion of the course. That said, summer classes will generally have fewer students, meaning more individual attention, less distractions, and ultimately a better opportunity to earn an A. Simply speaking, it’s easier to get an A in a summer course than it is during the school year.

Taking classes over the summer also means freeing up more time for advanced courses during the school year, having off-time to study for those courses, and being able to participate in more extracurriculars. This flexibility can be crucial to both a high GPA and well-roundedness as an applicant.

Two of the three strategies above utilize summer school in order to free up time in the fall and spring semesters. Using this extra time to pursue electives or extracurricular activities that you are interested in or excel in is important not only for your happiness but also for college admission.

These selective programs will often require a separate application in which your test scores, extracurricular activities, community involvement, and hobbies are taken in conjunction with GPA, and are all critically important to showcase why you belong in that particular department of the university.

Attempts to engineer your GPA should not come at the expense of developing a love of learning or participating in extracurriculars which you are devoted to. Burning out in college is a real and oft-experienced phenomenon which anyone can go through; fostering the aforementioned passion for knowledge is a great way to prevent this as you move from high school into different modes of higher level learning.

Automatic Acceptance Is Not the Only Path to Admission

Although the system of automatic admission is a great way to be accepted into your Texas college of choice, it is more than possible to get into these schools without it. Taking challenging and rigorous courses, having extra-curricular activities you excel in, and submitting a well-written and well-rounded application will all increase your chances of acceptance.

Furthermore, having good standardized test scores on the SAT and ACT can go a long way in making up for an average GPA.

Here are three vignettes from Texas students who followed these GPA-increasing strategies.

Elena was in the top 1% of her graduating Dallas-area high school senior class and gained automatic admission into the University of Texas, where she is going for Biology and Business. She took all 5.0 courses and got all A’s. On top of that, she took P.E. and Health over a summer break, earning her credit hours for them without their on-level status affecting her overall GPA.

But even though she could have further boosted her GPA by only taking the minimum required fine arts, she decided to take choir all 4 years.

“I wanted to try to balance striving towards the best GPA I could while having things to keep school enjoyable and fun. This is especially true if you take a lot of upper-level classes.”

Matthew Made Time for Extra Studying

Matthew was in the top 2% of his San Antonio high school senior class, and although he ended up attending Rice University—a private university which is exempt from rules on automatic admission—he and his classmates used various strategies to play the GPA game and get further ahead. His most important plan of action was to take AP/advanced classes early and use off periods wisely senior year.

“My senior year I could have taken an elective, which would have dropped my GPA even if I got a 100 because it was on-level. I was already in athletics (which is on-level), so I decided to take an off period instead of another elective.

I think that was a good choice because I didn’t want to take on the work level of another AP class, but I also didn’t want the GPA hit from an on-level. Plus, it reduced the number of classes I divided by for my GPA, which was a boost, and it gave me additional time to focus on AP classes”

Finally, Sara was just within the top 6% of her class when she graduated from a Houston high school, ultimately attending the University of Texas for a double major in English and Linguistics. By thinking about her GPA early in her high school career, she got ahead of the curve while also taking an interesting, high GPA elective offering.

“My basic strategy was to take AP classes starting sophomore year, and throughout high school consistently take AP courses whenever I could while earning mostly As and some Bs. I also took debate sophomore through senior year, which was an interesting, relatively easy honors course.”